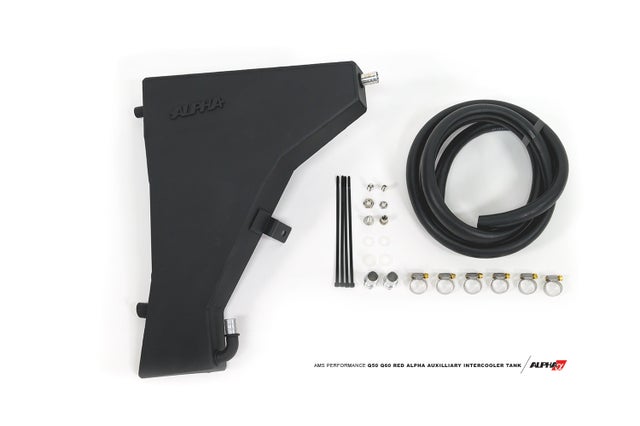 This tank adds more than 1.5 gallons of coolant into the intercooler system of your VR30 equipped INFINITI. Cooler air = more power. By reducing your INFINITI’s intercooler outlet temperatures by almost 35 degrees our auxiliary tank allows your Q50 or Q60 to maximize its power output. Stop the power robbing heat soak of your VR30 by ordering the Red Alpha Auxiliary Coolant tank today! 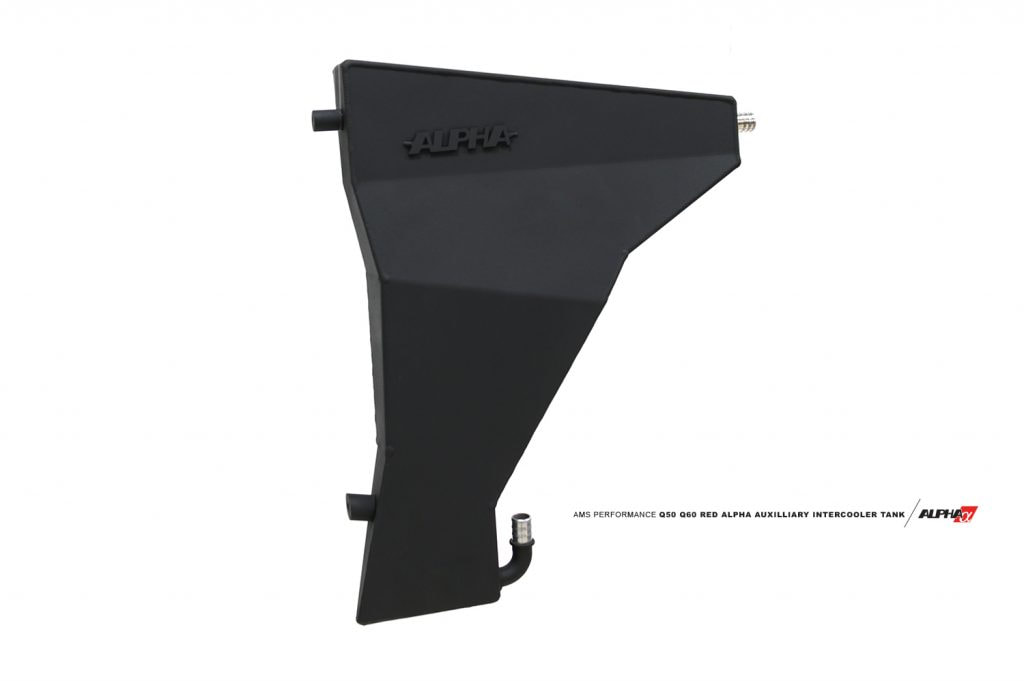 ​AMS is proud to introduce the Q50 Q60 Red Alpha Auxiliary Intercooler Tank. Beat the heat and make more power. This tank adds over 1.5 gallons of coolant into the intercooler system of your twin-turbo equipped INFINITI. The unique shape allows it to fit seamlessly out of sight in the stock fender while still retaining the stock liner. Because of the OEM-like fitment, there are no permanent alterations to your vehicle. INFINITI USA was so impressed by this component and its performance that they are adding it to their INFINITI Motorsport Catalog.
The twin turbos in your INFINITI produce a massive amount of heat. The Red Alpha tank allows you to make the same power over an extended period of time without loss due to timing being pulled as a result of high charge temperatures. The data does not lie. This tank adds a significant amount of capacity to the intercooler system allowing the car to make power safely and consistently. This is one of the most important modifications for your vehicle after the Red Alpha Heat Exchanger. INFINITI owners should combine all 3 Red Alpha cooling products together for a winning combination! The following charts feature runs made with a Red Alpha Heat Exchanger, a Red Alpha overflow tank, with and without the Red Alpha Auxiliary Intercooler Tank installed. If they these runs were done with a completely stock car the differences would be even greater!